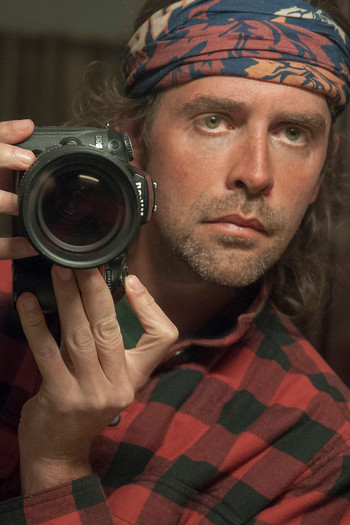 Since I was a child, my inclination has always been towards nature. When I was a kid I spent hours and hours looking wildlife books, encylopedias and watching tv documentaries.

In 1994 I started photography with a camera my father lent me, an old German Zeiss Ikon Contaflex Super. It was completely manual operation, but had an image quality that was fantastic.Using large amounts of film, I photographed landscapes Cordoba, Argentina and the Buenos Aires Zoo although at that time, with quite poor results.

After the Zeiss, in the late 90's,  I started to shoot with automatic analogic SLR's like the Canon Rebel G and the Nikon F170. Both film cameras
With that cameras I did my first trips outside my country. Costa Rica, Zimbabwe and South Africa. There was my first experience "clicking" on wild animals.

The biggest leap was made by me with my acquisition of Digital Photography technology. In 2006 I moved to the DSLR format, which allowed me to practice and to improve by great leaps and bounds and speedily. In recent years I have photographed landscapes, fauna and cultures in more than 50 National Parks and protected areas around Canada, United States, Mexico, Argentina, South Africa, Botswana, Namibia, Zimbabwe, Kenya, Tanzania, England, Spain, Netherlands, India, Indonesia, Thailand and Japan

In November of 2011, I was the runner up of the” Canadian Wildlife Photography Of The Year Contest”. Competition organized by the prestigious Canadian Geographic Magazine. At year later, my photos was exposed in the Ottawa Natural History Museum during the summer of 2012.
In 2012 I'm honored again in the "World Views Photo Contest Canadian Geographic" and in 2014 one of my pictures was choosen to illustrate the cover of the .Canadian Geographic Parks Canada special issue

My photos are published in many books, magazines, calendars, brouchers, web pages in Canada and other countries.